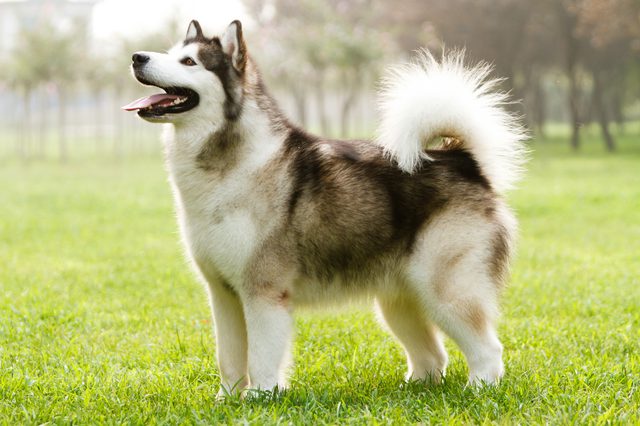 Don’t you find our furry canine friends spend much of every day sniffing and licking things they probably shouldn’t? Here at Ashwood we have diagnosed lungworm as recently as December 2017. With the owner’s permission, we want to share the story of ‘Bear’ with you so you know what to look for!

WHO IS BEAR AND WHAT HAPPENED?
Bear is a 6 year old Alaskan Malamute and certainly lives up to his name! He arrived at the clinic very dull, coughing and had had ‘fainting’ episodes the day before. Bear was dangerously ill. We were very concerned and urgently investigated to determine the cause. We monitored him very closely because his blood counts were falling and when Lungworm was diagnosed, we instigated treatment immediately. Bear is thankfully recovering well now, because his owners were so quick to spot that something serious was wrong. It’ll be wonderful to see him back to his usual boisterous self!

DOES IT REALLY MATTER IF MY DOG IS INFECTED?
Yes! Lungworm is an aggressive parasite that is potentially life-threatening!

WHAT SHOULD I LOOK OUT FOR?
The most common signs of lungworm are coughing, dullness and not eating well. Further problems include internal bleeding (which is why Bear had those fainting episodes).

HOW CAN I PREVENT THIS DISEASE?
It used to be uncommon, but there have been 13 locally reported cases in the last year and numerous unreported cases. But the good news is Lungworm is completely preventable. In response to the ever increasing number of local dogs becoming infected, we now recommend a specific monthly worming treatment. When used at correct intervals this will stop the worm life cycle and prevent lungworm infection. If you have any questions or are concerned your dog may have been exposed to lungworm, don’t hesitate to call Kelly on our reception (02890 419374) or email (hello@ashwoodvets.com) for advice or to book a check-up appointment. If we are suspicious of lungworm infection, there is a quick and simple blood test that tells us if your dog is infected.